Watch Out for These Pet Parasites

Pets share our homes, our kitchens and, in some cases, even our beds. Unfortunately, they might also be sharing some unwanted guests – WORMS!

Which Animals Get Worms?

Most people don’t realize it, but most puppies and kittens are born with roundworms, hookworms or even both. In the vast majority of cases, these worms are passed from mom to the babies either during pregnancy or during nursing after birth. Left unchecked, these tiny monsters can cause poor growth, diarrhea, vomiting or even death in young pets.

Adult pets aren’t immune to these parasites either. Pets who consume other animals’ feces, eat grass or even those who catch and eat infected rodents might end up with bloody, runny stool or vomiting caused by the worms.

But beyond their immediate effects on the animals, there is an even more sinister side to these pests. Both roundworms and hookworms are zoonotic, meaning that they can be passed to humans. Children are especially susceptible and can suffer blindness, seizures or organ dysfunction. In extreme cases, young children have lost an eye to roundworm infections.

The Centers for Disease Control (CDC) estimates that almost 14 percent of the U.S. population is infected with roundworms. That’s nearly 40 million people! Why aren’t we aware of this danger? The answer lies in the life cycle of these parasites.

After the larval worms make their way to the puppies’ digestive tract, they mature into adults over a three-week period.Then, the real danger begins. Adult female worms begin shedding enormous numbers of eggs into the environment. It’s not unusual for more than 200,000 eggs to be shed every single day by a single female.

Now, imagine a mother dog with a litter of nine puppies. Including mom’s contribution, even if each pup had only one female worm, more than 2 million eggs are being deposited daily into the yard where the puppies – and your kids – play. Multiply that by the number of days until the pups get an initial de-worming and you can see why this is a problem that has not gone away.

Roundworm eggs are also very hardy, able to survive for about two years in the environment. This makes places such as dog parks or other areas where dogs roam potential danger zones for becoming infested. Dogs can even pick up roundworm eggs during the winter time!

Thankfully, hookworm eggs are often killed by freezing temperatures, but in areas of the Southeastern U.S., hookworm larva can survive in sandy soil, emerging to penetrate bare skin. In people, this infection causes an intense itching sensation along with redness and swelling along the migratory track of the hookworm larva. Dogs often present with hair loss on all four feet and thickened, damaged skin on the lower legs.

Due to the prevalence of these worms in our pets, we have developed “strategic de-worming” protocols as a means to help protect both people and pets. Starting with puppies and kittens, we routinely administer de-worming medication. In addition, we urge pet owners to use Bravecto, a flea and tick prevention product, that helps to control these intestinal parasites. Both dogs and cats require year-round protection.

Parents should teach children to wash their hands after playing with the pets or playing in the yard where pets defecate. Since the eggs are microscopic, you won’t see any evidence on the kid’s hands, but a thorough washing will help insure these parasites won’t end up infecting your children.

It’s also a good idea to check your pet’s stool sample routinely. The short life cycle of these parasites means that a severe infestation can occur quickly. Also, many other parasitic worms and protozoans pose some danger to our pets, and these can all be found with a routine fecal sample. We do a stool sample test twice a year for our patients’ wellness exams. We also administer a de-wormer twice a year, to kill any parasite that may be lurking.

Our pets are a big part of our lives, and we want to share as much as we can with them. Playing it safe and following our guidelines for de-worming could mean that you can share a much longer, healthier life together! 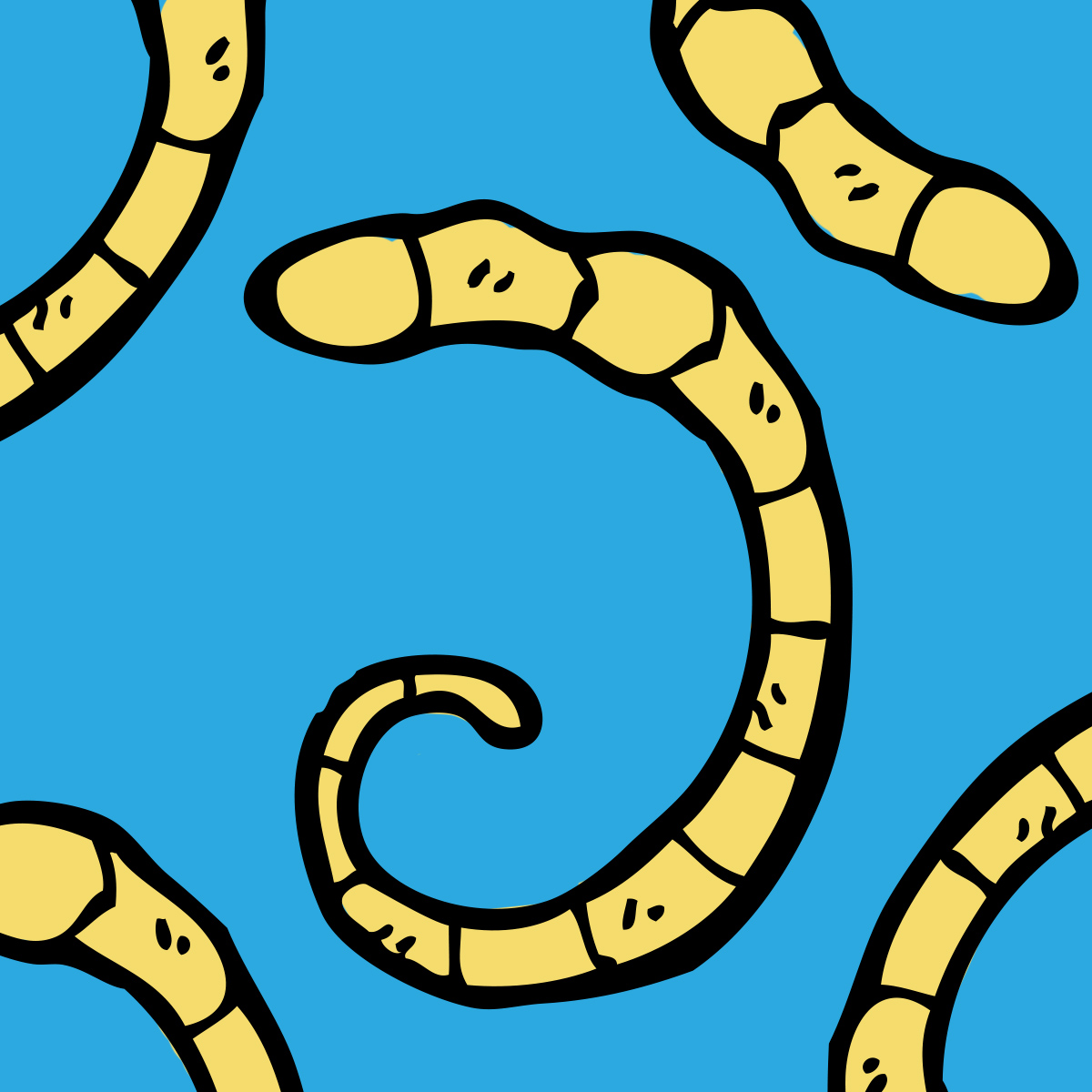