Dr. Tricia Earley was raised on a small farm by a father who believed that if his children learned to respect animals, they would do the same for people. That philosophy led Dr. Earley to become a veterinarian. She earned her Doctor of Veterinary Medicine and Bachelor of Science from Texas A&M University. While practicing in Austin, Texas, she was named the 2005 Veterinarian of the Year and served as a veterinary correspondent for the monthly KXAN/NBC “Ask the Vet” segment. She later moved to Fort Worth, and when her dog suffered a severe rattlesnake bite, she rushed him to the nearest clinic – Hulen Hills Animal Hospital. She was so impressed with Dr. Hotchkiss’ care and the innovative medicine practiced there that she joined the team in 2007 and transitioned with them to The PARC in 2018.

Dr. Earley and her husband, Robert, CEO of JPS Health Network, have a daughter, Bryce, and live on a horse farm in Aledo, Texas. Their animals include six horses, a flock of free-range chickens, 40,000 honeybees and four dogs.

What’s unique about you: My days often consist of riding horses and being really dirty on my farm and having 25 minutes to get ready for a formal social event with my husband. I have perfected my timing.

Advice for pet owners: You now have a creature that lives and breathes to be with you. The cruelest thing you could do is ignore it. Be the companion your pet deserves.

Dr. Earley is shown here with her dog Owen. 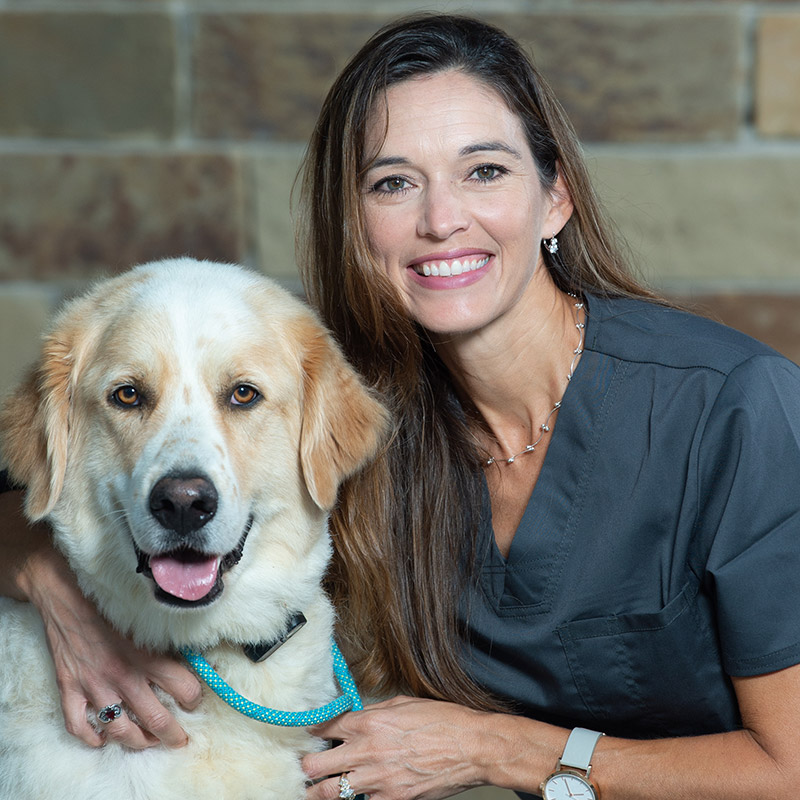