Dr. Rob Reigle chose veterinary medicine for the variety, the unpredictability and the tough cases. He loves to learn new things and loves seeing owners reunited with their pets after a hospital stay – so for him, The PARC is just the right mix of the latest technology and the most compassionate people.

Dr. Reigle has 24 years of experience, specializing in internal medicine, soft tissue surgery and anesthesiology. After earning his Bachelor of Science in biology from Texas Christian University and Doctor of Veterinary Medicine from the University of Illinois, he went on to practice at Animal Hospital of Park Glen and Alliance Animal Health Center, where he was an owner/partner, before joining The PARC in 2020.

Dr. Reigle is originally from Aurora, Illinois, but now lives in North Richland Hills with his wife, Jennifer, of 20 years. They have two daughters, Hannah and Molly, as well as a Chinese crested powder puff named Callie (short for Caliente) and two cats named Timothy and Thomas. He loves biking and all things TCU football (and is thrilled that Hannah is following in his footsteps as a TCU student).

Fun fact about your pets: I met my wife when she brought in her cocker spaniel, Shelby, for back problems. That ended up being the only serious illness Shelby ever had.

Advice for pet owners: Since it’s hard for the average owner to truly determine the nature of an injury or illness on their own, it is best to receive a timely exam just to be sure. 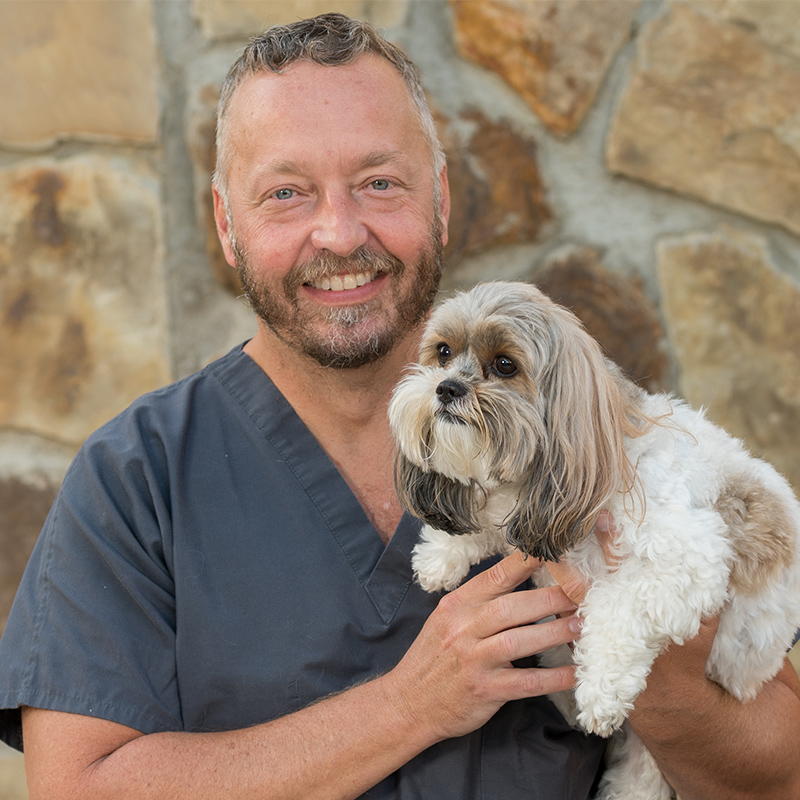