Dr. Larry Putnam has nearly 50 years of experience in veterinary medicine and was named a Best Veterinarian in Dallas by D Magazine. He has worked at several other animal clinics and owned three himself, but chose to join the team at The PARC because he was impressed by the level of responsibility and care provided to both owner and pet.

Dr. Putnam earned his Doctor of Veterinary Medicine from Texas A&M University College of Veterinary Medicine and Surgery, as well as a Bachelor of Science in biology and chemistry from Stephen F. Austin State University. He takes a special interest in the surgical field, especially neurosurgery, orthopedics, trauma and soft tissue repair. Dr. Putnam is originally from Austin, Texas, and now lives in White Settlement. He and his wife, Nancy, have a daughter and a grandson, as well as four dogs and two cats – most of which are rescues.

Fun fact about your pets: If I say, “Are you hungry?” they all run to the kitchen, and if I don’t follow them there, they will immediately return to me, round me up and run back to the kitchen to be fed.

Advice for pet owners: Know all that you can about your responsibilities and proper care for the type of pet you have and give them proper training and love, and they will return it tenfold.

Dr. Putnam is shown here with his dog Mony Penny. 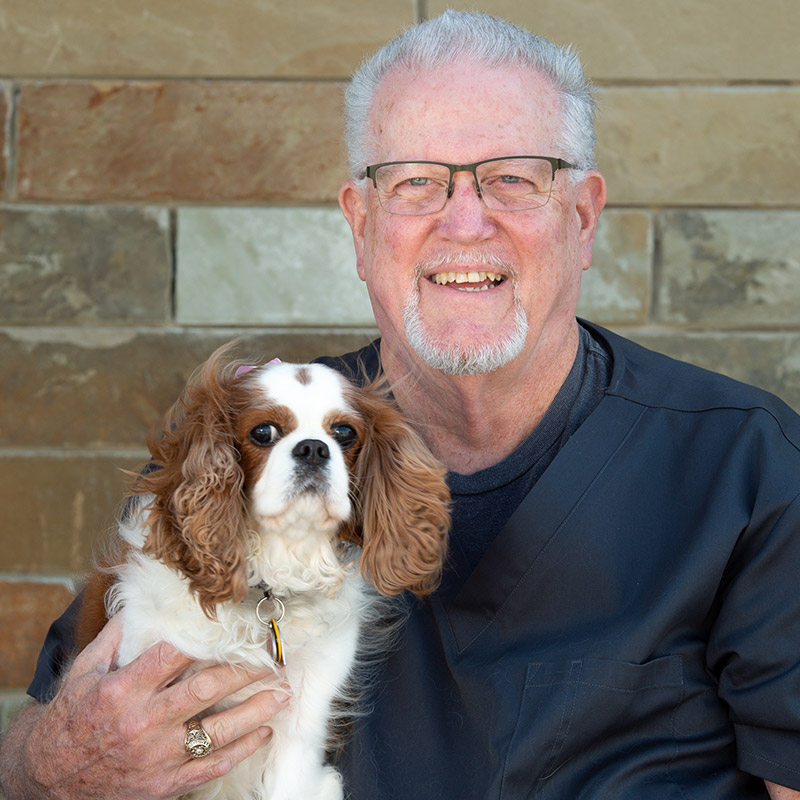